In this article I will discuss the history of Gospel Music and its place and people of origin. Today, gospel music is seen as an exciting, jubilant, foot stomping experience with great audience participation in the african american churches. But history tells us a story of the birth of this music’s painful past  from the  slave plantation to  the  streets of Chicago and the trailblazers like Thomas Dorsey, Mahalia Jackson, and Aretha Franklin.

Gospel music roots can be traced back to the 1930’s in Chicago, but it’s roots grow deeper in the south in places like Georgia. In the early 17th century, African american slaves would gather in churches to give praise to God while covertly communicating messages while they also worked on plantations.

These hymns and sacred songs were repeated in a “call and response” fashion with hand clapping and foot stomping in a rhythmic fashion usually a capella. Call and response was a musical style where the lead singer shouts something then the congregation repeats it back.

At the beginning of the 20th century, the evolution of gospel music propelled post emancipation and migration to northern cities like Chicago on the South Side (Bronzeville & Inglewood) neighborhoods. The former slaves continued to mingle music and faith while forming churches. A major pioneer to this evolution was Thomas Dorsey.

Born in 1899 in Villa Rica, Ga.,Thomas Dorsey was a jazz musician and composer who penned 3000 early gospel songs including, “Take My Hand, Precious Lord” and “Peace In The Valley” to name a few. Son of a Baptist preacher, gospel music was not unfamiliar to this Christian version of Mozart who revolutionized spiritual hymns to the point where it was beyond the walls of the church.

Though he was from Georgia, it wasn’t until he moved to Chicago and became a proficient composer and arranger of Jazz alongside blues great Ma Rainey he earned his claim to fame. After the tragic event of losing his wife and kids, Dorsey dedicated his life to creating gospel music.

In 1931 he met Mahalia Jackson while she was touring Chicago churches during the Great Migration, finally an angelic voice paired with Dorsey’s songwriting and producing sounded heavenly.

After teaming up with Dorsey, Mahalia Jackson would eventually earn the title the “Queen of Gospel” with her tone of voice which marvelled listeners to the point where the genre was taken seriously.

She became one of the most influential gospel singers in the world and was heralded internationally as a singer and civil rights activist. Dorsey trained and mentored Mahalia, Sallie Martin, James Clevekand, and a few others who all became the first generation of major gospel singers.

In the 1960’s gospel, r&b, & soul artist Aretha Franklin,  gospel music  finally goes from the streets of Chicago to mainstream media. Aretha mixed the gospel sound with her soul music with songs like “Think” and “I Sayer A Little Prayer” earning her the title as “Queen of Soul” under the Columbia Records Label. In 1973 Aretha won a Grammy for best Soul Gospel Performance for her rendition of “Amazing Grace”.

Gospel music today has emerged into a more urban contemporary sound since the 70’s with the Clarke Sisters and Andre Crouch crossing over into secular radio. This pattern continued with newer gospel artists like Yolanda Adams, Fred Hammond, &  Kirk Franklin.

Now we have gospel hip hop/rappers like Gospel Ganstaz, Lacrea, & The Cross Movement. The artist Lacrea has dominated the charts in the top 200 Billboard charts a number of times under his co-founded label Reach Records in Atlanta.

Terrell Pearson is the creative mind behind NuCreature Media and NuCreature Ministry. He is a former chef for R&B singer Keith Sweat and lives in Chicago with his wife Deborah. 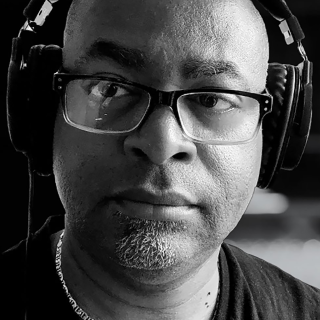 Terrell Pearson is the creative mind behind NuCreature Media and NuCreature Ministry. He is a former chef for R&B singer Keith Sweat and lives in Chicago with his wife Deborah.